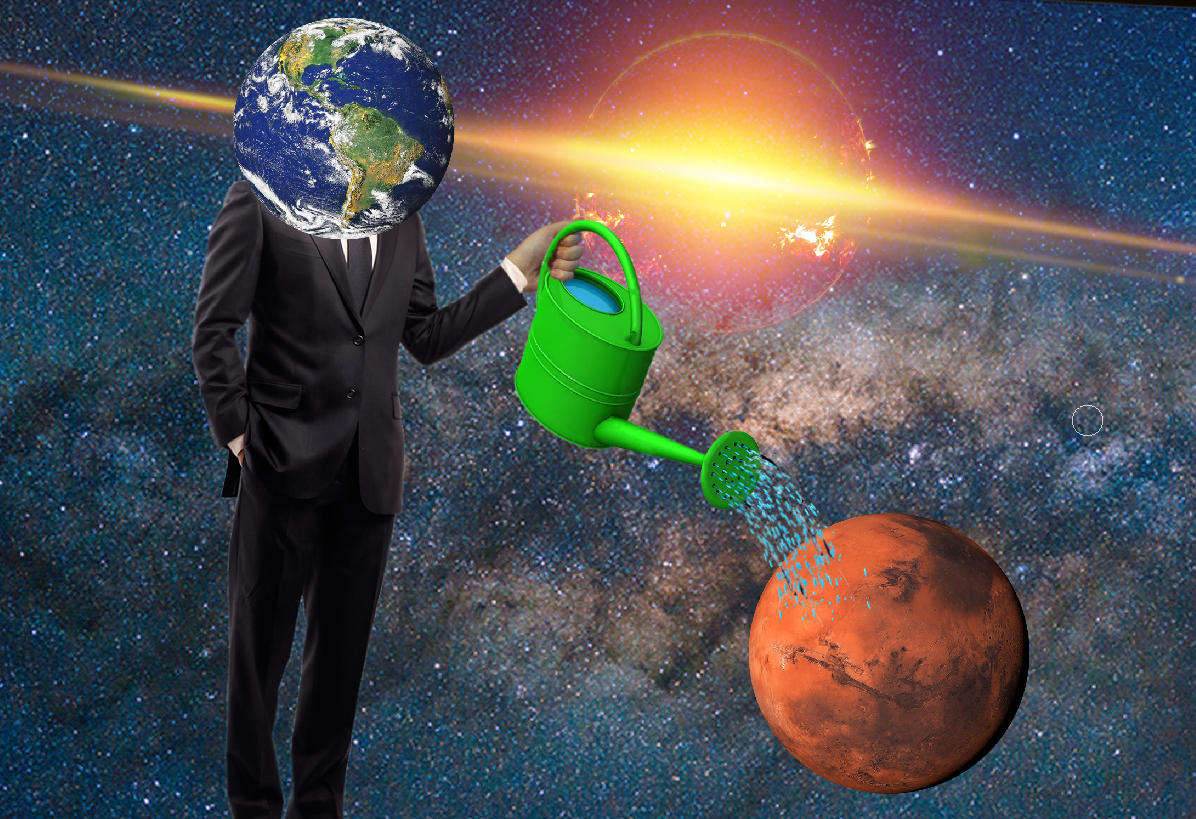 So, Mars is a dry, arid, and what most assume is a lifeless planet. We know this from our many generations of observations. But if you have a garden, do you care for it? Do you tend to it’s every need? In America, they enjoy using sprinklers on their lawns to help the grass grow. Mars, for all of us, is our garden, and we’re not performing the upkeep we need to prevent it from disintegration.

So, I decided that I would make a point out of this thought, and create a thought provoking image to represent this. It could be true, it could be. I’m no published scientist, but I do have thoughts.

They say in History that Mars is the God of War. I hope we don’t end up fighting to carve out it’s resources the same way it is perceived that we do on Earth.

I presented this to a group of friends, some would say peers, online. One stated that “to do this would be impossible because Mars has no magnetosphere”. I don’t know what the person meant by that, but I managed to counter every argument he made, if only in my own head. On Earth, we have greenhouses; a simple balloon might help start a chain reaction of a water cycle.

I don’t know, it’s a shame to waste our meal.